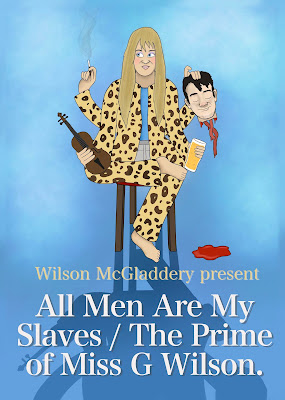 All Men Are My Slaves / The Prime of Miss G Wilson

Despite the unmitigated financial disaster caused by earlier our publications, the legends created by those revered tomes, the ‘Attention Seekers’ and the ‘Publicity Stunts’, have fuelled a further 200 adventures of the outrageous white witch, Gaynor Wilson.

Initially, there’s Paul’s doomed romance with Gaynor’s wild and unbridled mother (that’s where she gets it from folks!) before a myriad of unprecedented time travelling adventures, placing Miss Wilson and her one armed companion at the most pivotal and important events in history!’ 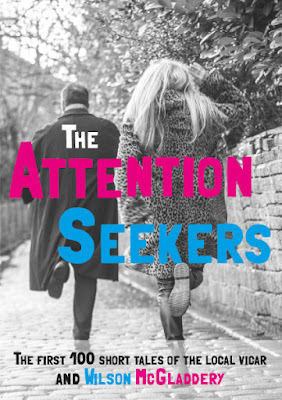 The first 100 short tales of the local vicar and Wilson McGladdery...

Being tasked with the promotion of ‘Wilson McGladdery’ with no budget whatsoever, Gaynor and Paul turned to the one thing that’s free, imagination!

A series of unlikely coincidences result in random ‘A’ list celebrities befriending our cast, enhancing the absurd situations which are in no way based upon the real life experiences of society girl, Gaynor Wilson. 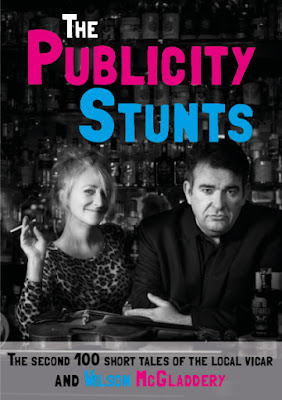 Against appalling odds, our heroes Gaynor & Paul, AKA ‘Wilson McGladdery,’ produced 100 short stories, featuring their local vicar and several A list celebrities. The results were complied into the greatest toilet book EVER written, ‘The Attention Seekers’.

Undeterred by disappointing sales and threats of legal action under the Obscene Publications Act 1959, a sequel was mooted and several canny investors came forward to help.

After many hours work, this second collection of homespun, magical tales, of the same characters doing exactly the same things, only TEN times funnier, became ‘The Publicity Stunts!’
Quick! The bandwagon’s leaving......jump on!